WARNING: Duplicate port number(s) specified. Are you alert enough to be using Nmap? Have some coffee or Jolt(tm).

I don't know how long that message has been there (or perhaps I've just not been alert enough to spot it before), but that's the first time I've ever seen it in the several years that I've been using Nmap.

comments: 0
Windows 7 Moving Too Fast
Friday 20th February, 2009 09:49
There's an article on The Register today claiming that "Windows 7 fast track alarms technical testers". This seems to have been sparked by one forum member claiming that "One build is not enough to gather enough feedback to move ahead this quickly" (although you've probably seen how many different builds are up on The Pirate Bay, clearly some people are getting more than one build) and "There is no incentive to testing anymore, anything we get the public gets, so can someone remind me why I'm on the techbeta?" (even though Technet gives you guaranteed access to all of the beta programs, Windows 7 Beta was originally meant to be restricted to 2.5 million people, and now that they've closed it again the only way to get it is via Technet or MSDN or perhaps some sort of dodgy torrent).

Why don't I think they're moving too fast? About four years ago Microsoft had to support: Support for Windows 98 was extended due to its continued popularity until Windows Me's end date of 11 July, 2006. As we all probably know, the 9x line was completely difference to the NT based code. Microsoft had to support two completely different types of code, nevermind the different codebases (2000, XP, 2003).

Windows 2000 is currently in Extended support (only providing critical security fixes) and this only lasts just over a year (July 13, 2010). Windows XP is only in Mainstream support for another two months (and then there will only be critical security fixes until April 8, 2014). On the day that Windows 2000 ends Extended Support, Windows 2003 (including R2) will transition from Mainstream Support to Extended Support (available until July 14, 2015). This means that as of July 14th Microsoft only offer Mainstream Support for Vista, Windows 7, and Server 2008, as well as Windows Home Server.

I know what you're thinking... four versions of Windows versus the five versions from four years ago. That's not much better, is it? Well 2000, XP and 2003 have quite different codebases. A service pack for Windows 2000 couldn't be installed on XP, a service pack for 2003 couldn't be installed on XP. This all changed with Vista, as subsequent versions of Windows use the same code. This is why Windows Server 2008 displays SP1 as it came out at the same time as Vista SP1. Equally, Service Pack 2 can be applied to Vista and 2008. This means they're only really supporting one codebase for Vista/2008. Windows 7 will be more interesting, it will have a similar codebase, but it sounds like it won't be exactly the same (hence a version number of 6.1). Windows Server 2008 R2 is meant to be the same codebase as Windows 7 (much like Vista SP1/2008); confusingly Microsoft are pushing R2 as a minor update and Windows 7 as a major update (but with a minor version number for "compatability" reasons). The fly in the ointment is Windows Home Server, which is still in Mainstream Support until January 1, 2012 (but won't have Extended Support, probably because it's not a retail product, you can only buy it OEM).

In simple terms, I think Microsoft will be moving from five fairly different codebases (4.1, 4.9, 5.0, 5.1, 5.2) to 2 fairly similar codebases (6.0, 6.1) as well as support for Windows Home Server (the same codebase as Windows Server 2003 SP2, which has quite a good track record for security). I think that looks something like: I believe it is this that's allowing Microsoft to "rush out" new versions of Windows so quickly. Equally, I think the public has forgotten that new versions of operating systems don't typically take as long as Vista took from when XP was generally available.

I'm not worried about Windows 7, if anything I'm excited. I like Vista, I think I'm going to love Windows 7.

PS: You can look up the support lifecycle information here for Microsoft products

comments: 0
Emoticons
Monday 9th February, 2009 10:57
How do you end parenthetical statements with them? Personally I'd go with Linux (or BSD :)) would... if I were writing it. It's not actually mismatched, as the emoticon ":)" is basically a symbol and shouldn't be considered a parenthesis (and with Word's autocorrect or a decent bbcode parser it would be automatically converted into the smiley face anyway; leaving this as just an issue for the plain text emails that I send). 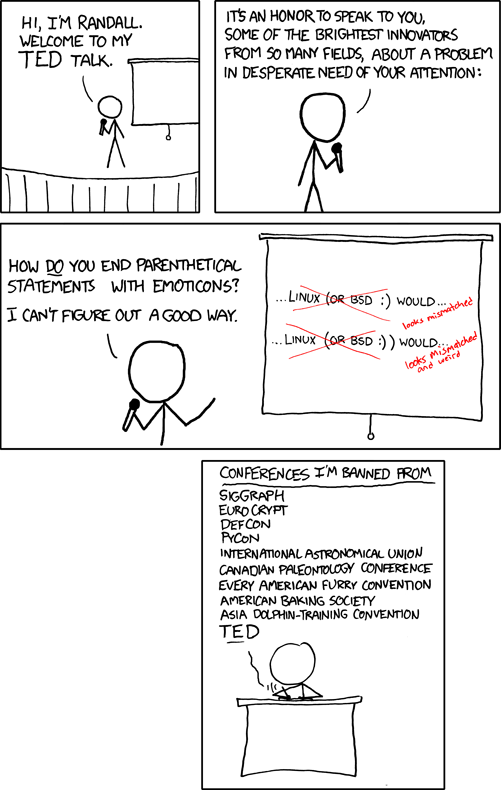 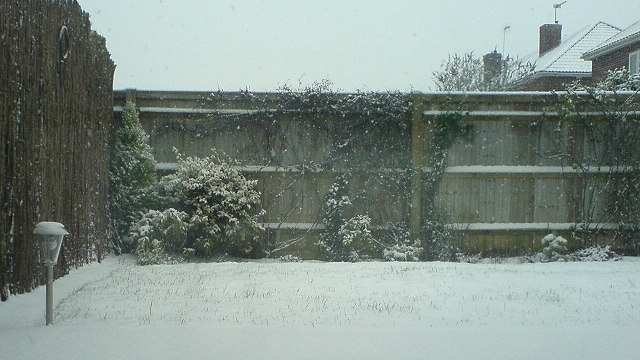