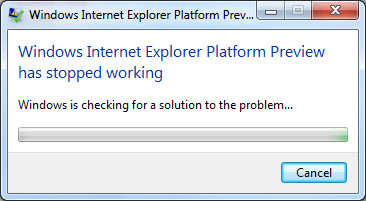 Most websites I've tried in IE9 Standards Mode seem to work pretty well, including my own (although I knew it would be fine).
© Robert Nicholls 2002-2021
The views and opinions expressed on this site do not represent the views of my employer.
HTML5 / CSS3