I submitted the following entry, but I haven't seen it on his site (although some other new photos have gone up): 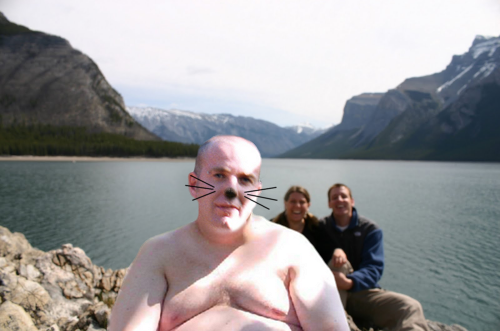 It's possible he ruled it out because his own competition is based on the idea of Crasher Squirrel, but I'd like to think that he recently watched the film Up In The Air (that I quite enjoyed, although I'm not sure it deserves an 8.0 on IMDb), where George Clooney's asked to take picures of a cardboard cutout of his sister and her fiancé Jim in different places because they didn't have the money for a honeymoon. Of course, I'm probably wrong, and it's based on Crasher Squirrel and I look rather stupid. Anyway, feel free to enter your own, and I hope you liked mine.
© Robert Nicholls 2002-2020
The views and opinions expressed on this site do not represent the views of my employer.
HTML5 / CSS3